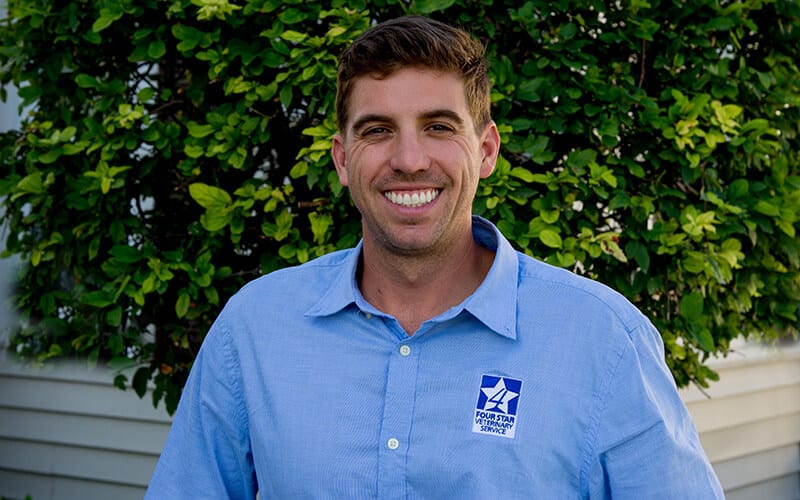 Taylor Engle likes to say he ended up a swine veterinarian because of baseball. He grew up playing baseball in southeast Florida but spent lots of time in West Virginia where his family had cattle and thoroughbred horses. Taylor headed to St. Lawrence University in upstate New York on a baseball scholarship and studied biology.

He then went to the University of Nebraska where he learned about swine when he studied porcine circovirus for his master’s degree. Taylor also served on the university’s baseball coaching staff and was a bullpen catcher for a minor league team.

He was accepted into Virginia Tech’s veterinary school and interned with several Four Star Veterinary Service veterinarians. After he received his Doctorate of Veterinary Medicine in 2018, he joined Dr. Minton’s staff, where he works with both hogs and cattle.

Taylor lives in Dayton, Ohio, and has taught animal science at Wright State University in an adjunct position. He also hopes to do a little baseball coaching in the future.