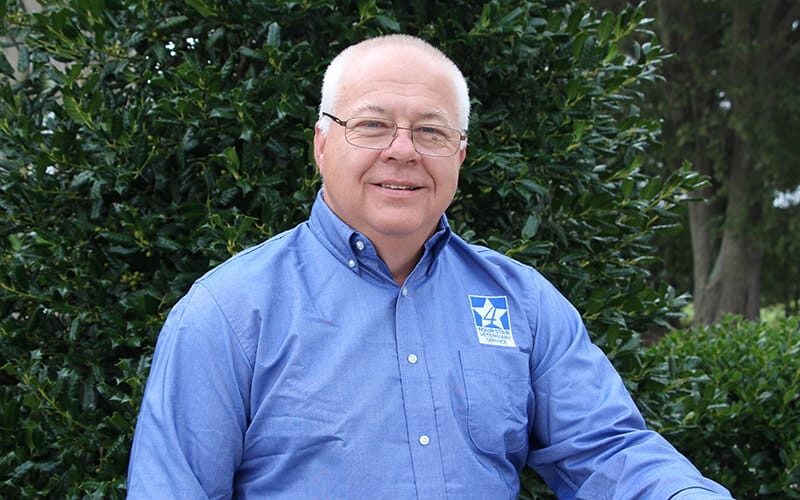 Randy Jones attended North Carolina State University where he received a bachelor of science degree in 1981 in animal science and his Doctor of Veterinary Medicine in 1985.

Pork production in North Carolina was booming at the time. Randy practiced in Kinston, North Carolina, at Riverbank Animal Hospital from 1985 to 1995.

Then Randy and his wife Beth started Livestock Veterinary Services, PLLC in 1996 as a swine-only practice. Cary Sexton joined the practice in 2003 and they started handling more species including cattle and sheep. The clinic is the most recent to join Four Star Veterinary Service in 2017.

“If customers have 200 or 2,000 pigs, they each get the attention they need,” Randy said. “They are treated on an individual basis. We try to be science-based and make the right diagnosis because the health of the animal is most important.”

Today, both Randy and Beth continue to work at the clinic. In 2013, they built a new facility that included a small-animal clinic, which is housed as a separate business. The couple has two adult children.