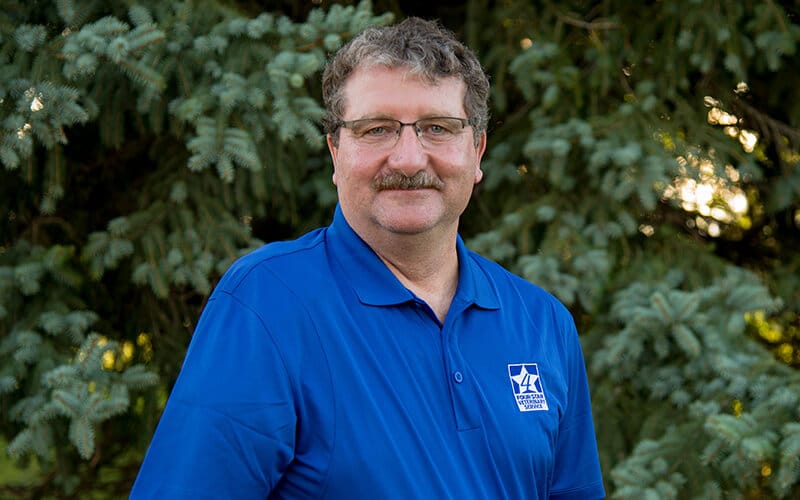 Jim Kober grew up on a small swine and fruit farm in western Michigan. He received his first education in swine by working with the family’s 80-sow herd that farrowed four sows each week. While it required a lot of manual labor, Jim learned how to care for pigs on an individual animal level.

Jim went to Michigan State University where he first earned his bachelor’s degree in animal science and then went back for his Doctorate of Veterinary Medicine. After graduation, he worked at a mixed animal practice in southwest Michigan and then at a swine-only practice in Indiana. After that, he came back to Michigan to start his own swine practice in 1993. In 2005, he joined Four Star Veterinary Service.

Jim is married to Donna Kober, who is also a veterinarian and works at Michigan State University. The couple have a son who is a medical doctor, a daughter in medical school and another daughter in graduate school.