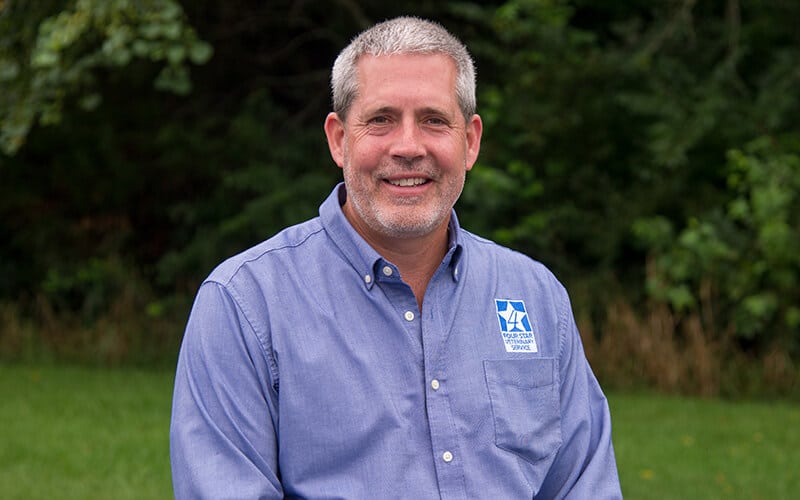 Doug Powers started his veterinary career where he grew up — in Rushville, Indiana. In 1999, he opened his clinic called Veterinary Care and Consultation, P.C., and in 2005, became one of four partners forming Four Star Veterinary Service. Today, Doug works with one other veterinarian and a staff of four to handle the clinic’s swine-focused practice.

Growing up on a farm, Doug was a 10-year member of 4-H. He was also active in FFA, which led to a unique 9-month Australian work trip after high school. He worked on a dairy, swine and sheep farm, making it a great experience for an 18-year-old.

Afterwards, Doug went to Purdue University for his undergraduate degree and, in 1997, received his Doctorate of Veterinary Medicine. Later, he completed the three-year Executive Veterinary Program in Swine Health Management from the University of Illinois.

Doug finds his work with swine clients rewarding and enjoys helping them improve and achieve goals. “I enjoy solving issues so their pigs remain healthy,” he added

He and his wife Sally, along with their two children, live on a local farm and raise cattle and row crops.