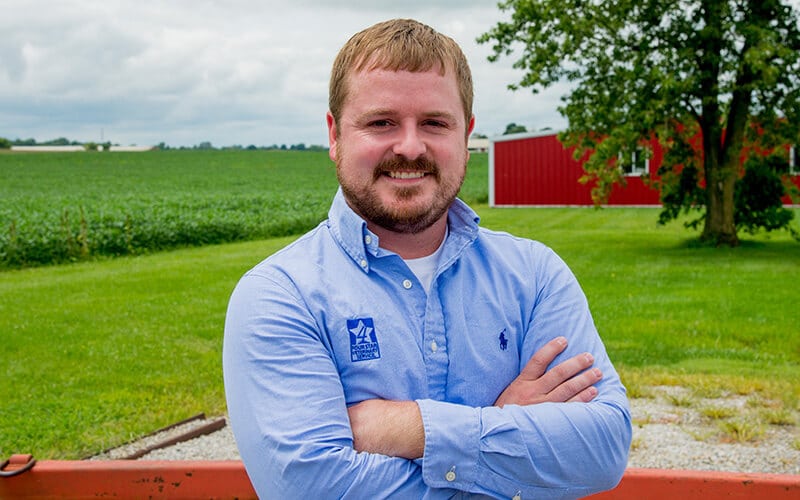 Aaron Slater grew up on a four-generation family farm with livestock near Evansville, Indiana. He knew from an early age that he wanted to be involved with livestock after raising and showing pigs, and then cattle, sheep and Boer goats. His goal was to be a veterinarian.

Aaron went to Purdue University and met his goal in 2015 when he received his Doctorate of Veterinary Medicine with a focus in food-animal medicine and surgery. After graduation, he spent a year in Elgin, Texas, as an intern at Elgin Veterinary Hospital, which specializes in all types of cattle including show cattle and bucking bulls. He also spent time with a veterinarian who specialized in show pigs, which has provided valuable background as he does most of his work with show pigs today.

Aaron returned to Indiana after his internship and started his own business specializing in show pigs. In 2016, he joined Stoney Creek Veterinary Service and Consultation, P.C., and works with show-pig and ruminant clientele all over the country. He is married to Kedra Slater.